Take lots and lots of pictures, and you will be sure to capture something very special and unique. If you only decide to keep a handful of the photos on your card, then you have been successful! Nov 26, 2018 - Taking dramatic nighttime photographs with your DSLR camera. The camera will take longer to render and process these long exposures.

Flea markets, farmers' markets, and other outdoor events are great places to practice your photography and get a feel for what you like to shoot. At least until an irritated vendor says, 'Are you going to buy something?' And so many people take photos there you won't feel too conspicuous. Lori Grunin/CNET Editors' note: This is an expanded and updated version of a story first posted in December 2011.

You've opened the box, charged the battery, and oohed and aahed over your shiny new toy. Scan your manual No, you don't have to read the whole thing, just the important stuff. In the beginning somewhere there will be a diagram showing you the parts of the camera. That's the really important stuff.

Then turn to the index, providing the manual has one (there are some utterly heinous examples of manualcraft that don't include an index); if there isn't, use the table of contents instead. Run down the index or TOC, and look at the page in the manual for every term you don't understand. Learn your camera's quirks You don't want to discover that all your low-light photos look like Seurat or Monet paintings after you've photographed your kid's first birthday. 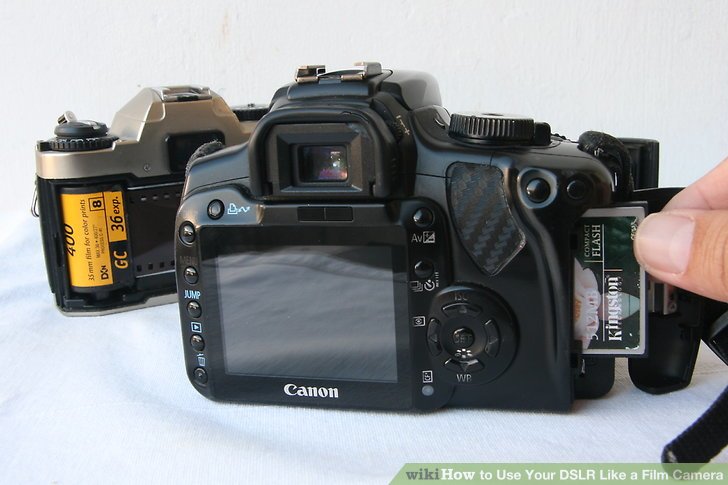 To do that, you need 'test' the camera somewhat methodically. For instance, set up a little still life in typical living room light, and (presuming your camera supports it), try it in various automatic and manual modes, changing settings like white balance, exposure compensation, ISO sensitivity setting, and so on. Then download and compare the photos on your computer, looking at them closely. Always examine them at full size (100 percent), not scaled down to fit the screen or smaller. That's the only way to tell if photos are sharp, that you're not using a high compression setting, and so on. Figure out which ones you like best and see which settings you'd used. You also need to know if any problems you're seeing are because you don't understand the camera or lens' limitations.

For example, every lens has a minimum focus distance; if you don't know what it is, your photos may be consistently out of focus because you're too close. Which leads me to one of the most important suggestions. The EXIF data of an image contains the camera settings from when you shot it. Screenshot by CNET Read your EXIF Learning to use a camera in the days of film meant - for people more disciplined than I - carrying around a little book in which to record the camera's settings so that you could match them against the shots and analyze what you'd done wrong or right.

For digital, thankfully, the camera records all that information for you automatically and stores it in the file header; that metadata is referred to as Exchangeable Image File Format, or EXIF, data. Modern operating systems can usually read and display the basics: for instance, in Windows 7, the EXIF data appears in the file properties dialog, in the Details tab. You can also get free utilities which display EXIF data in combination with thumbnails for a more usable way to scan it.

For example, I use Adobe Bridge and occasionally the more powerful. The most important settings to look for are shutter speed, aperture, ISO sensitivity, white balance, metering, flash, exposure compensation and focal length. Checking the EXIF data is the only way to figure out some critical information.

For instance, if some of your photos are blurry, look for a pattern in shutter speed - that's how you figure out how slow you can drop the shutter while hand-holding the camera. Because each camera model varies in size, weight, and sensitivity of the optical stabilization system, the minimum usable shutter speed can differ quite a lot for an individual across cameras. There is some information that's not recorded in the EXIF header, or that's hard to locate, because it's nonstandard across cameras.

It includes, for instance, special-effects modes. To try those out, just remember to shoot sequentially through the options so that you can later go back and match the shots to the mode. One really important setting that's not recorded in the metadata is whether or not you were actually shooting within the camera's exposure parameters.

For instance, have you ever taken a photo when either the shutter speed or aperture value on the screen was blinking furiously? The camera was trying to tell you that it wasn't capable of, for example, getting a wide enough aperture at a particular focal length to deliver a correct exposure. In cases like that, the EXIF data simply reports the camera's widest aperture. But the photos may come out too dark or too fuzzy, and you won't know why. So when you're shooting, either make a note of the occasions when the camera blinks at you or don't take the photo until it reports that everything's A-OK.

Shoot raw If your camera supports it, try shooting in raw format rather than JPEG, or in the simultaneous raw+JPEG setting. Raw is the 21st century equivalent of developing your own film, and not only does it help you produce higher-quality results, it can really educate your eyes about compression artifacts, noise patterns, exposure adjustments and how to read a histogram. You will probably need to buy software; though most cameras that support raw bundle their own software, it can frequently be confusing to use or to get good results and may only serve to frustrate you. It's fine to try it before you buy, but don't give up if it seems too difficult. There's tons of software that will let you edit raw files, ranging from the relatively inexpensive/free (GIMP, Corel PaintShop Pro X7, Adobe Photoshop Elements 13, DXO Optics Pro 10, Phase One Capture One Express 8) to a bit more expensive (Adobe Lightroom 5, Phase One Pro 7) to the really pricey (Adobe Photoshop CC 2014). And there are more that I haven't mentioned. Start a photo project I've found it's really hard to learn to use a new camera effectively by just kind of going out and shooting aimlessly.

Find a subject you like to look at - flowers, animals, creepy dolls - and head out to shoot some interesting photos of them. Don't choose a subject just because you think it will impress other people. You're the one who has to enjoy it.

How To Shoot Good Photos

It should also be something with an element of repetition about it. You can't tell if you're improving, or what you need to work on, if there's no consistent elements to compare. (People are great, but if you're concentrating on learning the camera you don't also want to be worrying about dealing with people.) Once you're comfortable and think the photos are coming out okay, then make an effort to use a different feature and/or to use it in. At the same time, branch out into shooting more complex subjects, such as people and pets. But always remember to go back and look at the EXIF data for the shots you like best or least. Train your eyes You can't tell if the camera's working right - or if you're using it right - if you don't know what you're looking at, and you can't improve if you don't know what to fix.

Is it camera shake, motion blur, or simply out of focus? Are the colors correct or just pleasing? The best way to do this is through sheer repetition and comparison under controlled circumstances. You'll need to calibrate your monitor; if you don't, you won't know whether your camera's colors are off or whether it's the display. You might also need to enlist a keen-eyed friend to confirm your analysis, especially if your vision isn't terrific.

Is the color accurate? If you don't know you can't tell if your settings are correct. Work on remembering the colors of what you're shooting. Lori Grunin/CNET Learn about photography Once you're happily snapping away with your camera, you may want to try to learn some more about photography in general. The best (free) ways to learn more are participating in forums on photo-sharing sites, visiting sites like or, and attending the free Webinars and seminars frequently hosted by camera and software manufacturers. Look for photowalks and meetups in your area. And the best way to figure out what works or doesn't, and what you like or don't like, is to look at photos.

Thankfully, there's no shortage of those these days. But start with curated collections like the ones on professional portfolio sites such as and, and check out for more classic works. Find photographers you like on Google+ or Facebook and follow them.